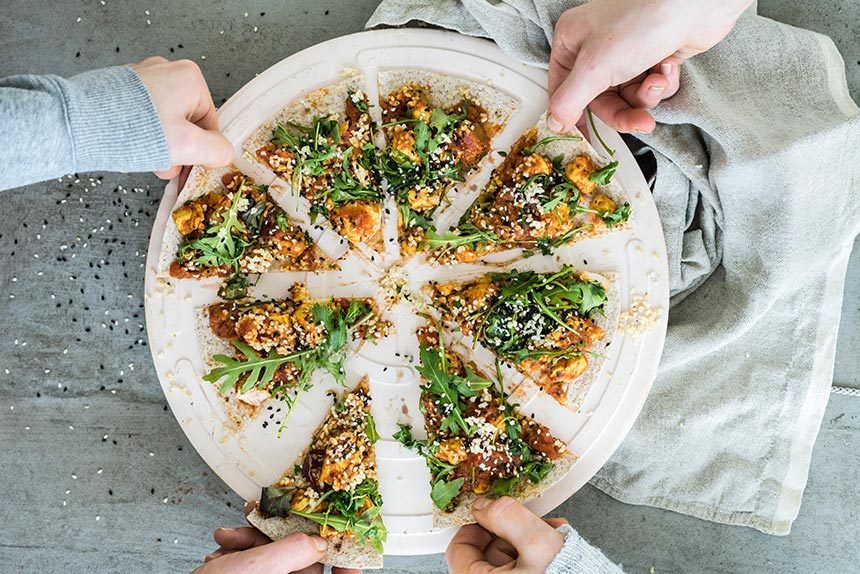 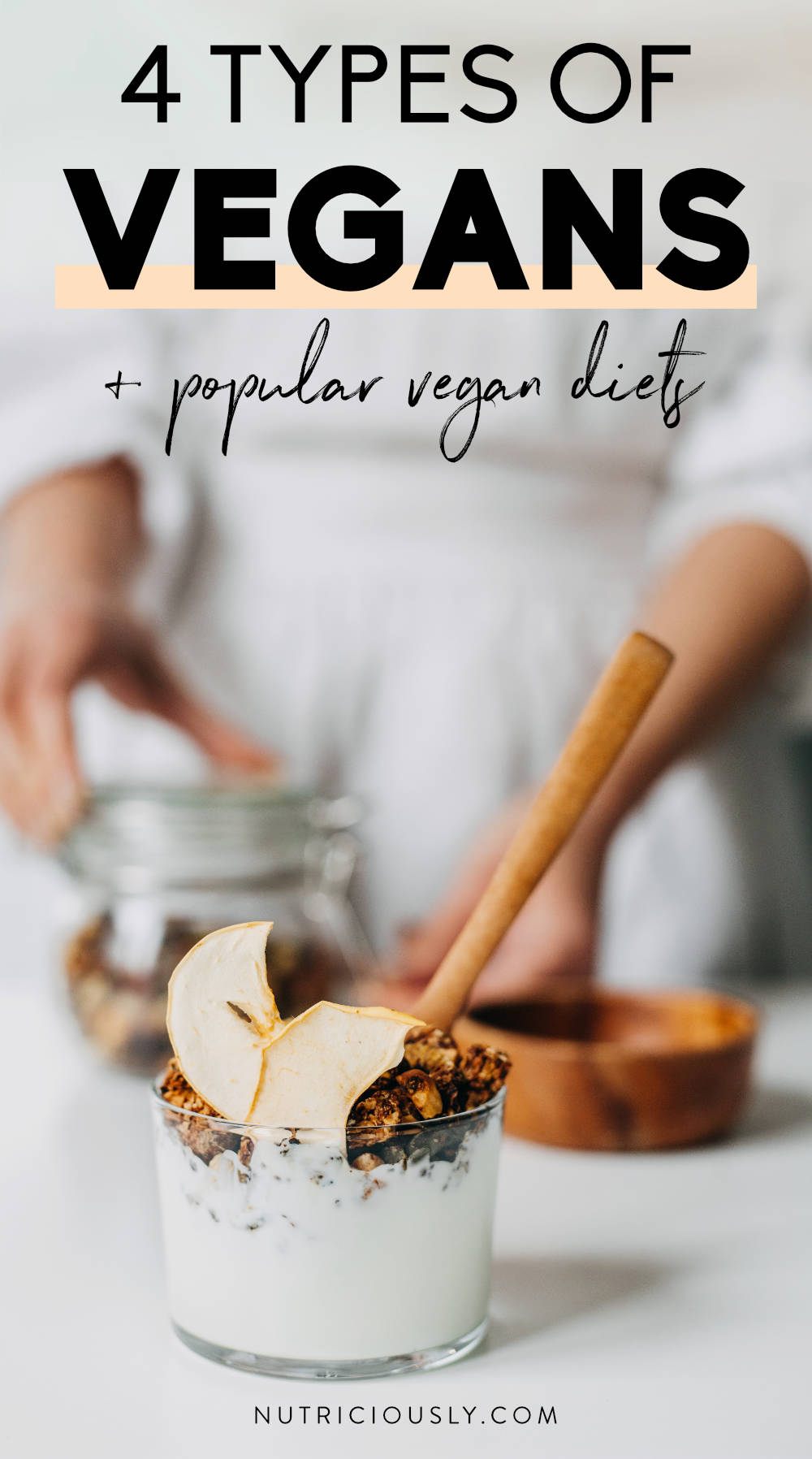 Find out all about the different types of vegans and specific vegan diets from high to low carb, raw, whole food and more!

Interested in going vegan but confused about all those different vegan diets?

This article is for anyone who wants to learn more about reasons to be vegan and the diets they can try!

Especially if you are looking to eat plant-based for health reasons, you’re probably curious to know which eating pattern might be right for you — and what meals await you.

While there are probably many sub-categories, we wanted to keep this guide concise and cover the main types and diets to give you a good overview.

Here are the main motivations of people who go vegan. One or several of the following reasons can apply!

Ethical vegans stand behind the original definition of veganism which focuses on the suffering of the individual animal.

They seek to exclude, as far as practicable and possible, all forms of exploitation of animals — for the simple fact that animals can suffer and need to be protected from harm.

One can argue that this intention is the only true way of being vegan and it encompasses much more than just eating a plant-based diet: from cosmetics to wool, silk, feathers and horseriding, many everyday products or activities need to be carefully chosen when one has an ethical concern for animals.

Environmental, or eco, vegans seek to live a “greener” lifestyle and avoid animal products due to their environmental footprint.

They often care deeply about the planet and may also avoid certain vegan foods that need to travel many miles or aren’t in season to lower greenhouse gas emissions even further!

If the environment is someone’s primary concern, they might not boycott zoos, cosmetics tested on animals and other things that are harmful to an animal.

Many vegans found their way to a plant-based diet because of health concerns. Most popular vegan documentaries focus on preventing diseases or losing weight effortlessly on a healthy vegan diet.

Dietary vegans often not only abstain from all animal products but also limit or avoid processed foods like sugar, oil, fried foods or soda.

If their main concern is their personal health, dietary vegans often don’t avoid animal-derived products like leather, wool or silk.

Keep on reading to learn more about the different ways to eat a vegan diet!

This lesser-known type of vegan, the religion-inspired vegan, wants to reduce harm due to spiritual beliefs.

The largest group of religious vegans are followers of Jainism, an ancient Indian religion, who abstain from all violent activity (ahimsa) — including harming animals. They see this principle as their highest duty and consume a “non-violent” or vegan diet.

Some types of Buddhists and Christians (Seventh Day Adventists) also follow a vegan lifestyle, although it’s not known how strict they are about it.

Now that you know about the different types of vegans, let’s see what a vegan diet can look like — because there’s more than just one way to eat a plant-based diet.

Most vegans tend to follow a varied vegan diet, meaning they only abstain from non-vegan animal products and don’t restrict their diet any further.

From pizza to smoothies, ice cream, salads or casseroles, anything goes as long as it’s vegan.

Unlike all of the other vegan diets listed below, well-rounded or varied diets often have the best long-term adherence as they are sustainable and flexible!

Mixed vegan eaters can go to restaurants or cookouts and will probably find something that is vegan — and be that french fries. 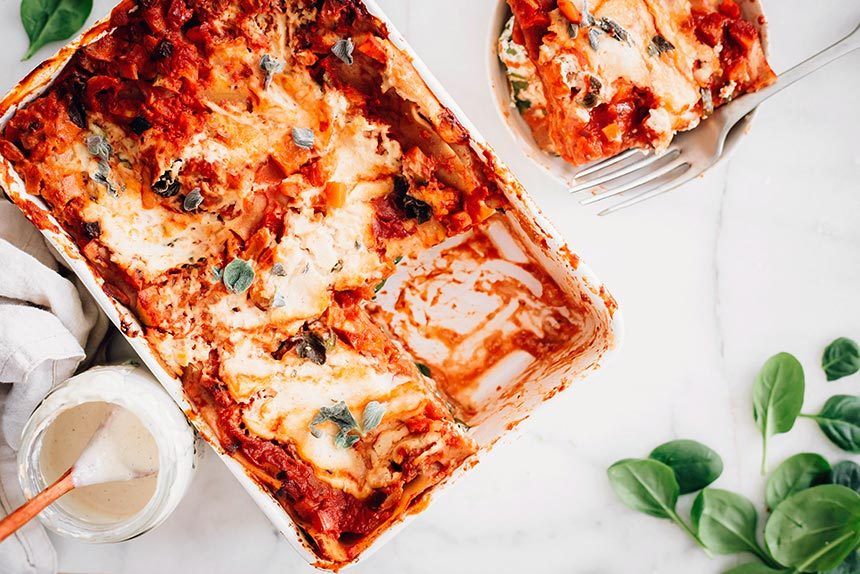 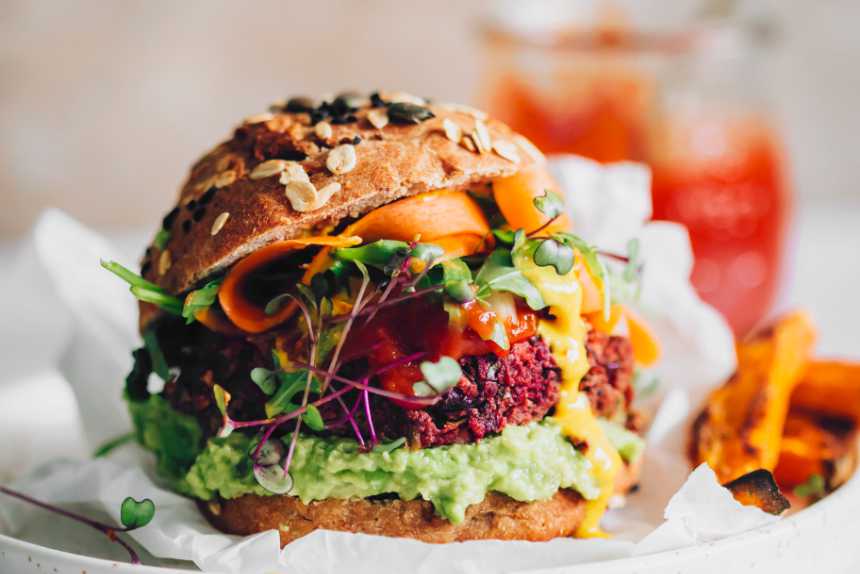 Those who follow this eating pattern refrain from animal products as well as most refined foods like sugar, white bread, frozen pizza, fried food, etc.

Some proponents also eat completely oil-free, avoiding even olive oil and other concentrated fats. This may be due to specific health concerns or for weight management. 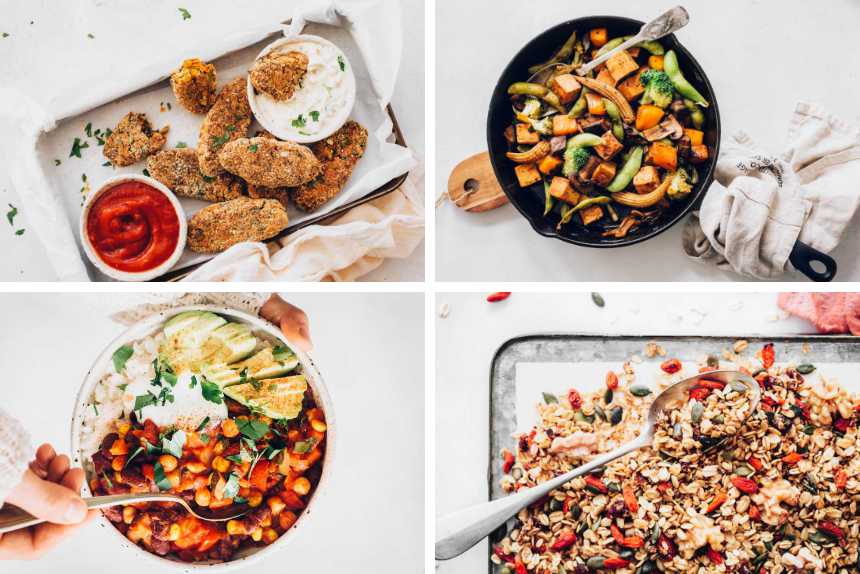 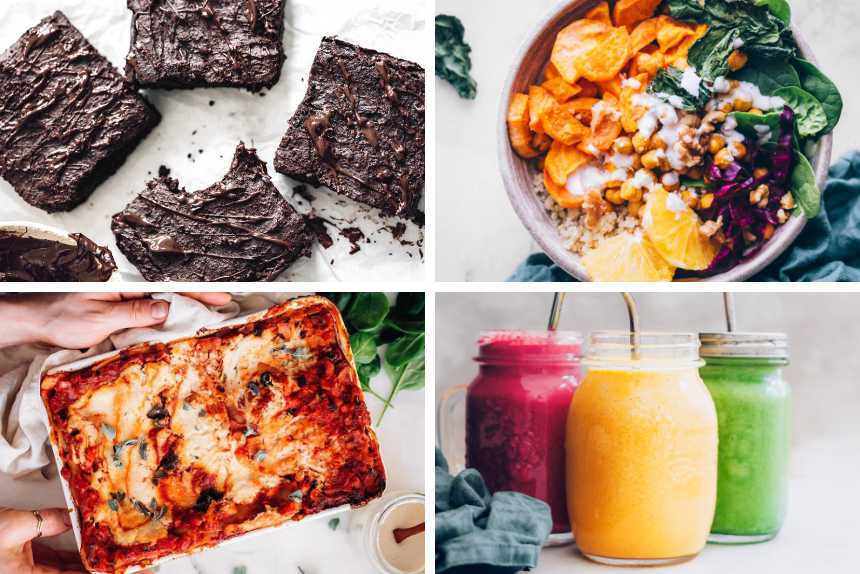 A completely raw vegan diet is one of the strictest eating patterns. It excluded all foods of animal origin as well as all cooked food that’s been heated above 114 °F!

This means that a raw vegan mostly eats fruits, vegetables, nuts, seeds and herbs. They can also have sprouted grains and legumes.

Raw vegans believe that cooking food can cause health issues, which has never been demonstrated scientifically.

Some prefer to eat a fruitarian-type raw diet which is very low in nuts and seeds, while others cut back on sugary fruits and eat a high-fat “gourmet” raw diet consisting of raw lasagna, cakes and more.

It’s tough to follow a nutritionally balanced raw food diet, the main concerns being protein, calcium, iron and iodine. Raw vegans are typically very slender and women on this diet run the risk of developing amenorrhea! 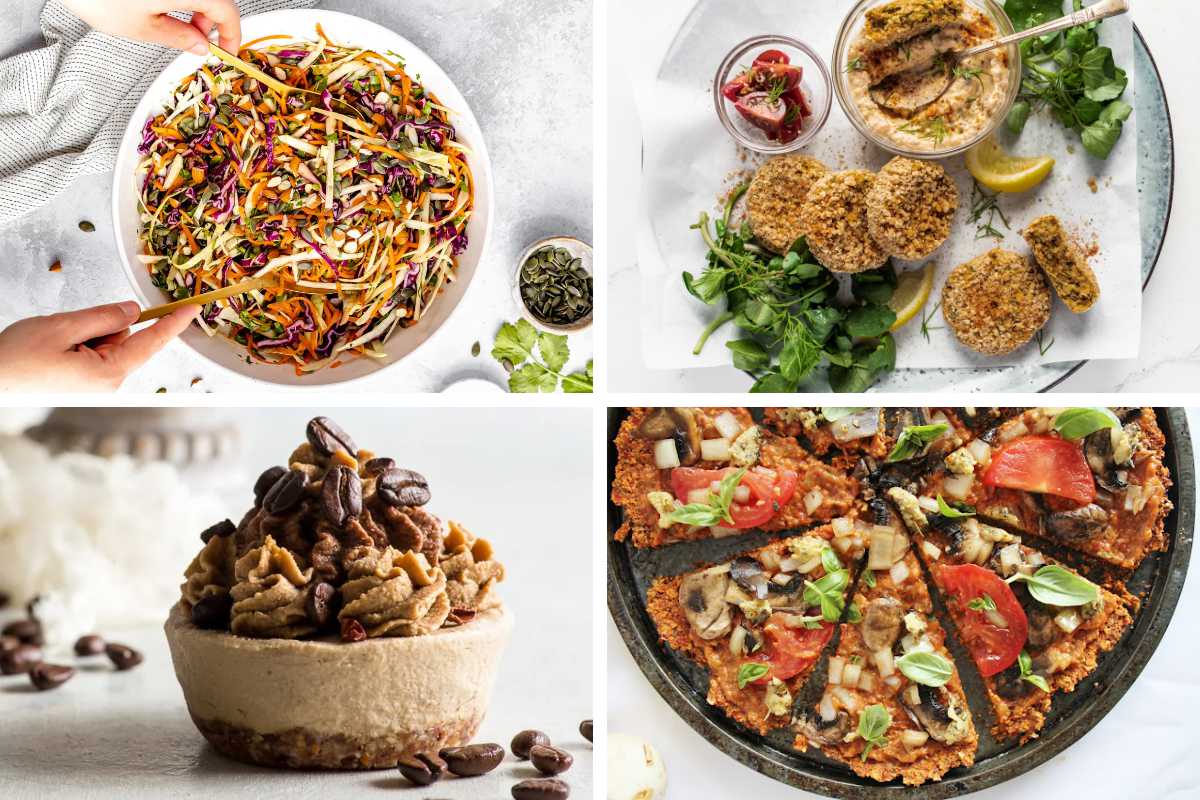 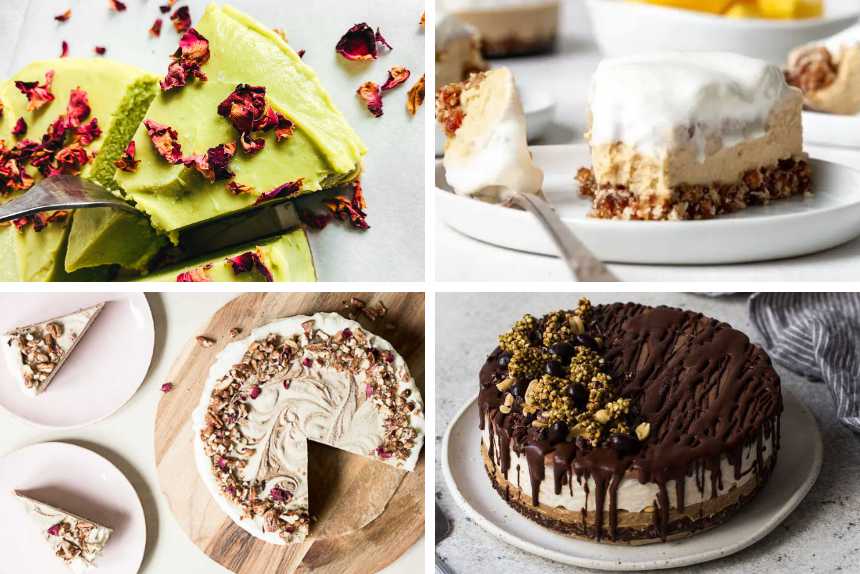 Made popular through many books and documentaries, a high-carb low-fat vegan diet is a way of eating that focuses on whole grains, fruits and starchy vegetables while keeping nuts, seeds and vegetable oils low.

This diet can be helpful for weight loss and for those who struggle with diabetes and other health issues when prescribed by their doctor.

Many vegan recipes can be tweaked to fit into this diet by replacing oils or other fatty components — high-carb vegans tend to eat around or under 20% of their calories from fats. 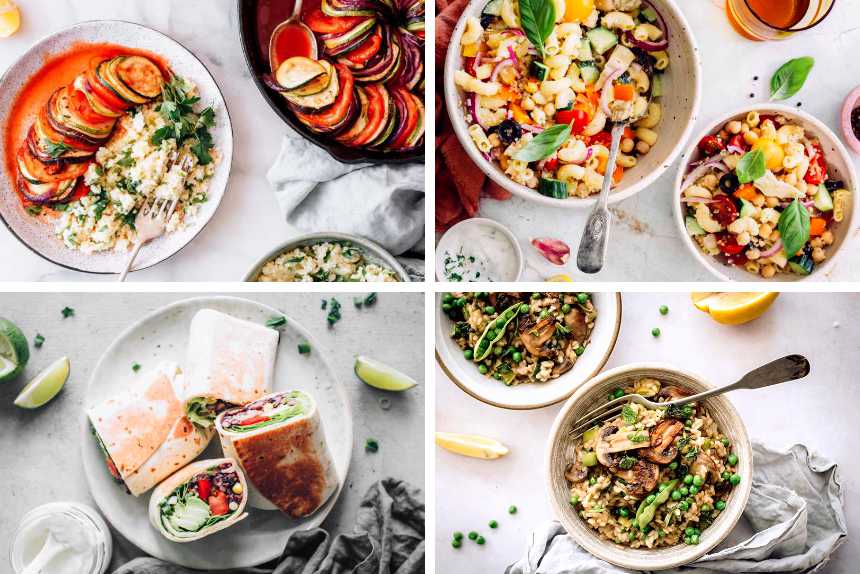 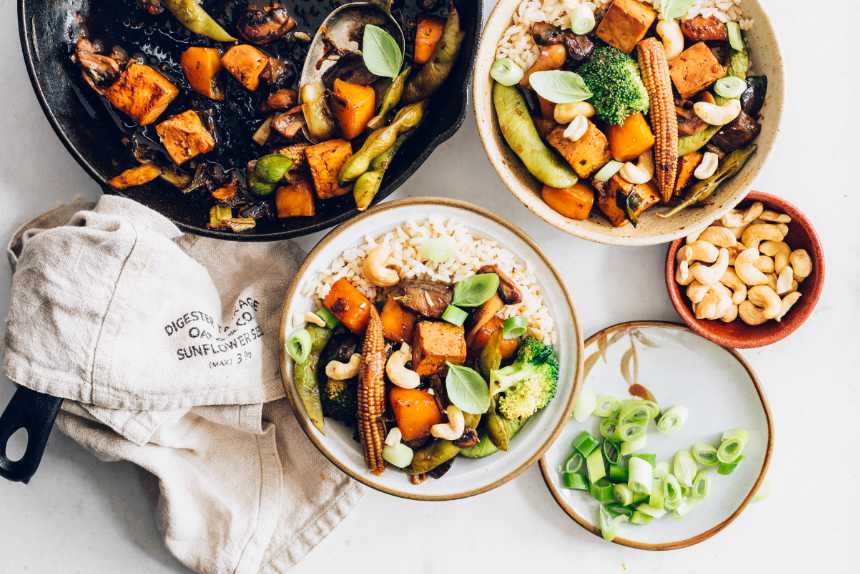 Yes, you can be vegan and follow a low-carb diet! While there seems to be a lot of back and forth between those promoting a vegan diet and those who eat low-carb, it’s totally possible to combine the two.

A low-carb vegan diet tends to be more restrictive than a high-carb vegan diet because many plant-based foods are naturally higher in carbs. Anything under 100–150 grams of carbs per day is generally considered low-carb.

From non-starchy vegetables to nuts, seeds and some legumes, low-carb diets can contain many healthy foods and are typically followed by dietary vegans who want to lose weight or lower their triglycerides.

If you’re interested to see what this looks like, we have keto-friendly meals and keto desserts on our blog. Click on the articles below for more low-carb recipes! 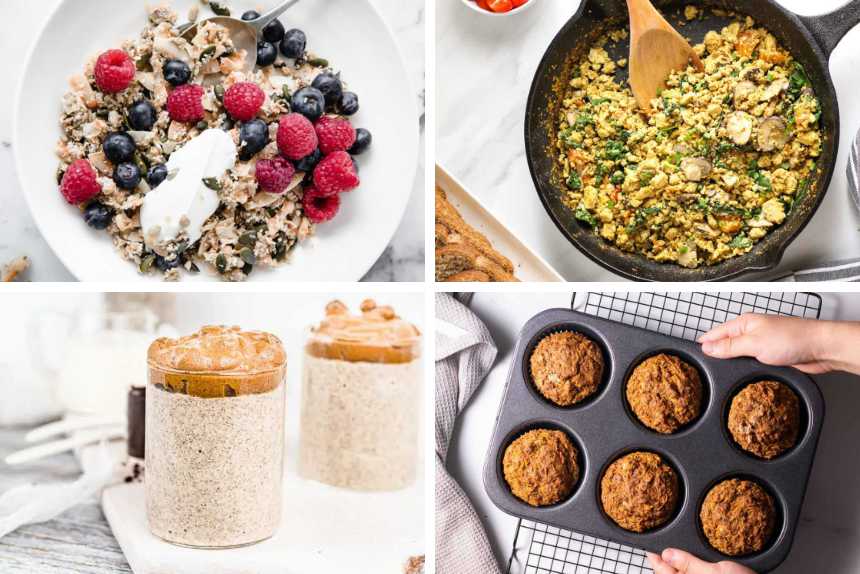 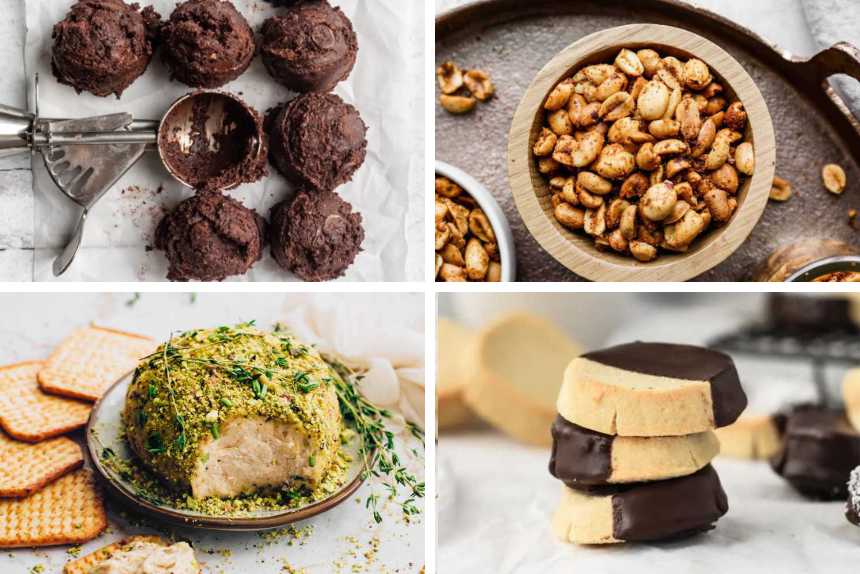 Are you a very active person who wants to be vegan? A high-protein vegan diet might be for you, then.

Check out our favorite protein-packed desserts and breakfasts or click on the articles below! 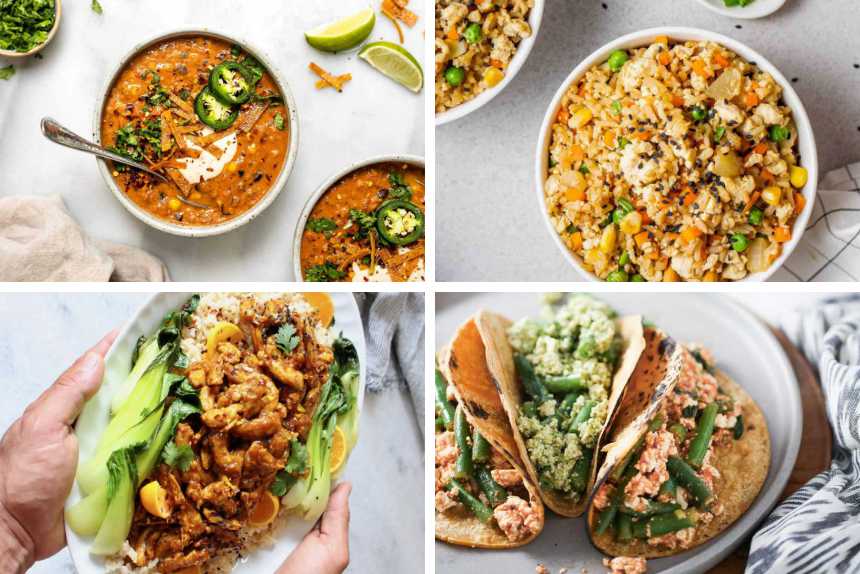 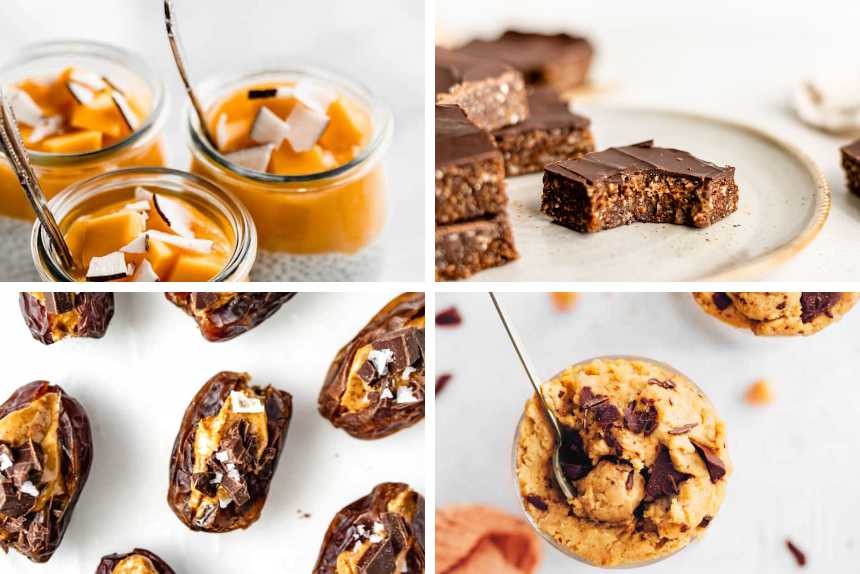 A freegan is someone who doesn’t buy animal or animal-derived products at the store because they don’t want to increase the demand for these items.

However, freegans use non-vegan products when it comes to otherwise wasted items they can obtain for free and are happy to “use up.”

Freegans may go “dumpster diving” or foraging but also wear leather jackets that someone else would have thrown away.

They are often motivated by anti-capitalism and are part of the ethically-driven vegans.

Ostrovegans don’t abstain from all animal-derived foods. They consider it morally permissible to eat bivalves like oysters or mussels because these animals don’t have a central nervous system and are therefore unlikely to feel any pain.

It’s a controversial issue because nobody knows for sure whether bivalves are sentient or not!

Some people even go further than just mussels and oysters, eating other bivalves like scallops and clams.

If someone cannot go fully vegan, they probably cause less harm eating bivalves compared to common farm animals like cows, chickens or fish!

If you’re dealing with certain health issues that make being vegan hard for you, don’t feel frustrated!

As per definition, one should reduce harm as far as it’s practicable and possible — if going 100% vegan isn’t in the cards for you right now or ever, you can still contribute to this important cause by consuming as few animal products as possible.

Here are some collections for specific dietary considerations and how to still eat plant-based!

Which type of vegan would you call yourself and do you follow a specific diet? Share with us below, send this article to your friends and Pin it here!