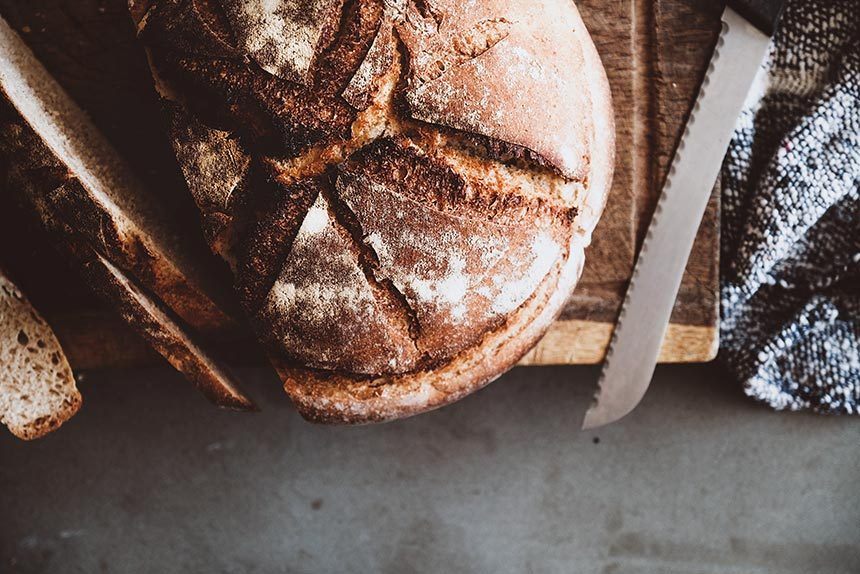 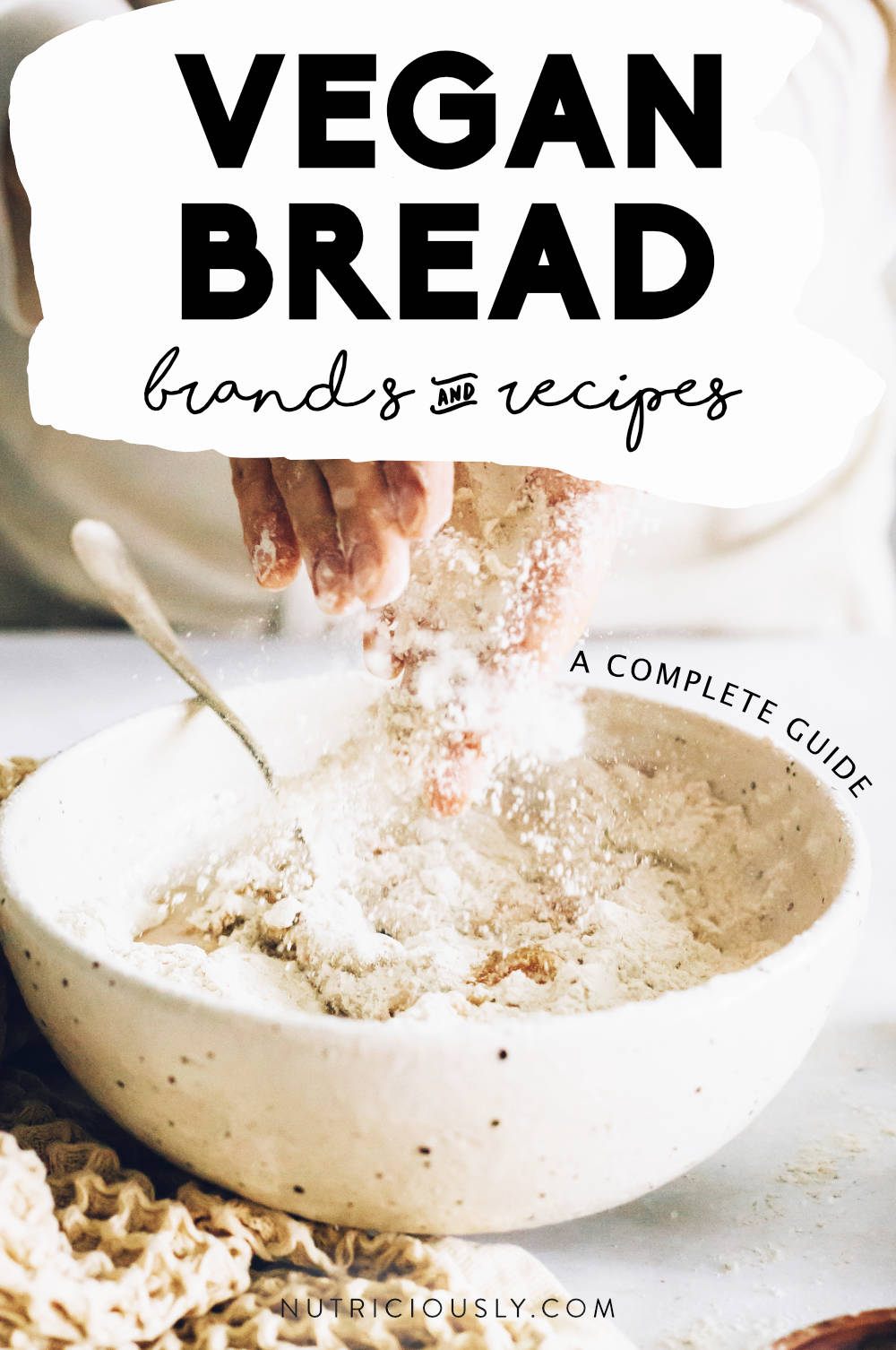 Don’t know if bread is vegan or what ingredients to look out for when buying a fresh loaf at the store? Our guide is here for the rescue.

There are some foods you can very obviously eat on a plant-based diet — bananas, rice, beans and all the leafy greens in the world.

Then, some foods aren’t as clear-cut. You may wonder, “is bread vegan?” What about ketchup, soy, honey or olive oil?

If you’ve just recently gone vegan and are working on cutting out all obvious animal-based ingredients, then please don’t worry about bread!

The short answer is: yes, bread is vegan. Most of the time!

However, there can be some sneaky ingredients in bread that are not completely plant-based!

Is bread vegan? Check for these ingredients!

Bread, like other processed foods from sauces to spreads or frozen meals, is one of those items that you need to check the ingredients before you buy it.

It becomes a bit tricky when they sound very cryptic, so we want to help you out!

While many types of traditional bread are usually free from these non-vegan ingredients, things like naan, biscuits or garlic bread are almost always not vegan.

More and more brands choose to put the vegan label on their products (including bread), making shopping a lot easier.

But just because your bread doesn’t have a vegan label, doesn’t mean it contains any animal products.

Yeast plays an important role in baking and functions as a leavening agent by producing carbon dioxide.

It does so via a biological process because it is a single-celled organism and a member of the fungi kingdom.

So, while yeast is unquestionably “alive”, there is no sentience or suffering involved. Therefore, vegans can eat yeast!

What bread is vegan?

All types of bread that are traditionally made with just the simple components of flour, water, salt and yeast are vegan.

Things like rye bread or sourdough bread are most often vegan — however, the fancier you get, the more likely you are to find some animal products like eggs, dairy, honey and others.

Here are the best choices of vegan bread!

Yes, sourdough bread is usually vegan. Thank goodness, because it’s both delicious and healthy thanks to the fermented flour.

It is unlikely that sourdough bread is not vegan but made with milk products in the starter culture — this is usually not stated on the label and nothing to be sweated. The same goes for the “mono and diglycerides.”

Such tiny contributions of animal products won’t make a shift in the market as a whole and veganism would just seem unattainable to most people if this had to be taken into account. So, have your sourdough bread!

If sourdough bread is most likely to be vegan, white bread is the least likely. The answer depends on things like which country you’re in (some places use processing methods that include animal products like bone meal).

Enriched white flour can contain dairy in the form of dried milk powder, butter or milk, and eggs but the added vitamins and minerals can also be synthetically produced.

White bread products that are savory and “lean” like baguette and sourdough bread are usually vegan while softer varieties (rolls, bagels, sandwich bread, English muffins, Wonder Bread) are more likely to have milk or eggs.

What is the healthiest vegan bread?

The healthiest vegan bread recipes are made with whole-grain flour from wheat to spelt or rye and are low in added salt, sugar and oil.

If you want to have gluten-free bread, be aware that they are often made with eggs to replace the binding plant protein gluten but there are some gluten-free vegan breads at the store containing rice, oats, corn, millet or buckwheat!

For an extensive and updated list of brands or options for vegan bread, check out Peta’s resource.

While grains in general, and bread in particular, have been bashed on numerous news outlets, the major food and health organizations state that whole-grain foods, including bread, oatmeal or rice are recommended due to their health benefits.

Bread is a staple food in many countries and has been consumed worldwide for thousands of years — the different varieties that have evolved offer different nutritional profiles that can include good sources of:

Whole grains are associated with a lower risk of heart disease, diabetes and obesity and for those looking to consume enough calories or need to follow a low-fiber diet, white bread is definitely helpful.

That’s why nutrition recommendations need to be adapted to each individual person and their needs.

Don’t forget that it’s also about what you put on your bread or in your sandwich that plays a huge role in whether or not your meal is healthy!

Choosing hummus, cashew mayo, avocado or almond ricotta along with different raw and roasted or pickled vegetables is the way to go.

Make following a plant-based diet and lifestyle more accessible and fun by checking out these articles next!

Did you know that most bread is vegan? Have you tried making your own vegan bread at home? Feel free to share with us in the comments below and Pin this article here.

Get 20% off our whole food plant-based meal plan with delicious and filling recipes with code NEWYEAR! This bundle comes with a starter guide, 60 recipes, and fun printables.