Interview With The Minimalist Vegan 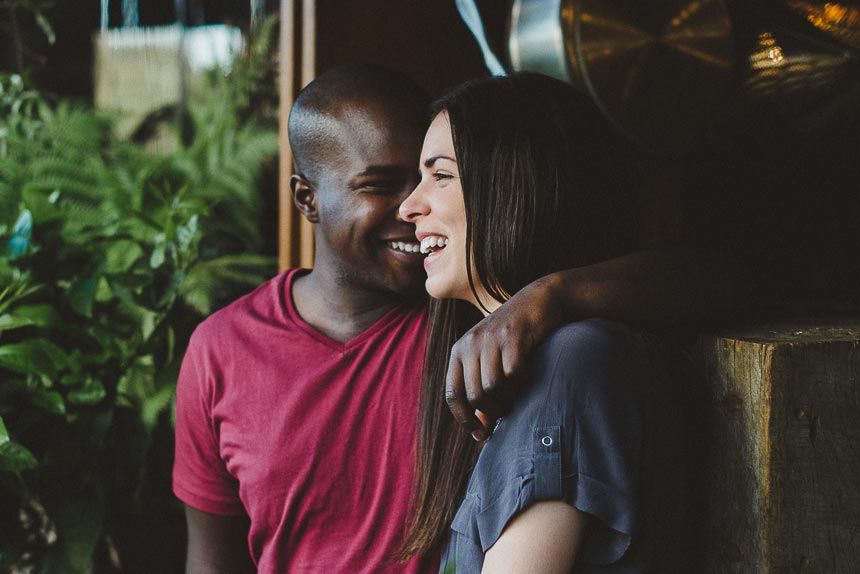 Last week, I had the chance to chat with the people behind The Minimalist Vegan about ethical fashion items, simplicity, and – of course – veganism.

Michael and Maša are a down-to-earth couple who have a strong philosophy around the intersection of minimalism and veganism. They believe in consuming consciously in a world filled with obstacles and distractions.

Maša, who is a certified health coach and fantastic photographer, regularly comes up with beautiful, simple and very delicious vegan recipes which she likes to share on their blog.

Michael, her partner, is a passionate minimalist and usually writes helpful, personal and insightful articles concerning​ topics like simplifying and conscious living.

The Canberra-based couple once ran a wonderful online shop called ‘Fairlings’ which was about connecting essential day-to-day products that are eco friendly, vegan, fair trade and organic with the Fairling’s of the world (conscious and compassionate people).

If you’re interested in connecting with them, you can find more of their work over at The Minimalist Vegan or check out their Facebook page.

We feel that veganism and minimalism are powerful complementary lifestyles. The underlying theme that links them together is mindfulness. It’s also about being aware about how every decision you make impacts you and those around you.
– The Minimalist Vegan

It was hard to come up with one a handful of questions for the two of them, since everything they post on their website, social media and send through in their newsletters is very inspiring and worth sharing.

But I think the following interview gives a lovely insight into their world​ that’s filled with experiences, not stuff, as well as conscious living and simple happiness. Enjoy!

The following words by Maša and Michael are hopefully as inspiring and insightful to you as they were to me. I’m more than happy to have connected with them both! Let’s get into it.

1. What Inspired You to Go Vegan and What Expectations Did You Have?

The one thing that inspired us to go vegan was watching a documentary called Earthlings. We didn’t realize the impact it would have on us and the lifestyle change that we felt compelled to make after watching it.

It’s hard to ignore images of animals being tortured and continue to support the industry. Once you’ve seen it, you can’t unsee it. It’s done and embedded for life.

We didn’t have any expectations of what it was to be vegan and we really didn’t want to put unnecessary pressure on ourselves. The thing that we have found to have come out of becoming vegan is that we feel much better as human beings knowing that we’re not contributing to animal suffering and the impact that the animal agriculture has on the environment.

As compassionate beings, we also feel more fulfilled in life and have a greater sense of purpose. Going vegan has changed our lives for the better in many ways.

2. Have You Ever Found It Hard to Be a Vegan?

There has been a couple of times where it was a little trickier. When we traveled to countryside areas in Europe or cities that aren’t quite in tune with veganism.

We had to cook much more and be prepared with meals and snacks in advance when on the road. Not any different to how it is at home, but harder when it’s unfamiliar territory.

The other thing that we have found challenging is dealing with certain friends and acquaintances. Our families have been very supportive and have always been happy to accommodate.

It is becoming easier as time goes on and Masha’s family is naturally starting to eat much more vegan meals than they have in the past. We never want to be a headache for anyone that is having us over so we try to suggest eating out or them coming over to our place.

Lastly, fashion would have to be the biggest challenge since becoming vegan. Shoes, belts, jeans that tick the vegan box as well as being free-trade and sustainable, that’s really hard! You’ve got to be researching a whole bunch of niche online stores to make it work.

Sometimes you feel silly going into a shop asking, ‘what is this made of, who makes it and how much are they paid?’. 95% of sales assistants will not be able to give you an answer to one of these questions, let alone all three!

3. What Would You Tell People Who Are on the Verge of Going Vegan or Have Just Become Vegan?

Take it slow and get back to basics. Don’t feel like you need to go 100% into it straight away. It works for some people – that’s how we did it, but everyone is different. Make sure you surround yourself with the right kind of food so you don’t feel deprived and that it’s healthy.

We have seen so many people that are vegan, however, they still eat plenty of junk food. We don’t believe in neglecting yourself for the sake of saving animals. Look after yourself as you are also important.

Start off by making simple recipes, we have quite a few on our website. There are also many other blogs and cookbooks out there that offer simple, tasty and healthy vegan recipes. Learn the basics and build on that. Don’t start off with complicated meals with super expensive and hard to find ingredients.

The last thing to mention would be to make sure you do your own research and equip yourself with some answers to common questions people ask when they first learn you’re vegan. This will help you to feel empowered and comfortable about talking to others about it.

4. Where Do Veganism and Minimalism Come Together?

We feel that veganism and minimalism are powerful complementary lifestyles. The underlying theme that links them together is mindfulness. Mindful about what you consume, whether it be animal products or luxury goods. It’s also about being aware about how every decision you make impacts you and those around you.

That’s ultimately how we came up with the concept for The Minimalist Vegan. Our goal is to live with compassion and simplicity each and every day. Of course, it doesn’t always work, but it’s a good ideal to have and to be aware of as we navigate a world filled with distractions and mixed messages.

5. How Can the Mindset of Minimalism Help People to Achieve Their Goals and Become Healthier?

The mindset of minimalism we find is very rewarding and can really help you to feel so much freedom mentally and physically. It’s freeing up mental clutter and commitments in life and physical things that you own that can also be a burden on you.

6. Have You Changed Some of Your Old Bad Habits While on Your Journey Over the Past Years?

Oh definitely!! Collecting tit-bits for Masha has been a big thing as she loved decorating and collecting pretty things. This has changed a lot in the last year as we have downsized and moved quite a bit. You get tired of lugging around the things that just seem to collect dust.

We just recently moved again and even though we have 4x more storage space than we did in our last home, we don’t plan on filling it just because it’s there. It’s OK to have cupboards that are half empty.

The main shift was questioning everything that we owned. Why we owned it and what purpose did it serve in our lives. If we didn’t either use it every single day or love it, then it got the boot. We donated some things to charity, others were taken by family and friends.

7. Has Veganism or Minimalism Given You Some Kind of Purpose or Direction in Life That You Feel Is Very Valuable?

Yes absolutely. Both lifestyles have heightened our awareness of the gaps in society as well as the gaps in our own lives. There’s no such thing as being perfect, but veganism and minimalism have given us clarity and something to strive for.

We now understand the opportunity cost of the day-to-day decisions we make and as a result, our lives have significantly improved since adopting these concepts and we can’t help but share our message with anyone who cares to listen. This is now a lifetime commitment for us.

8. What Do You Feel Is Also Worth Sharing Here?

We have a few tips if you’re interested in living a minimalist vegan lifestyle. On the vegan side, start by auditing your fridge and pantry. Throw out all ingredients that have animal products. Then go to your local farmers market and buy fruits and vegetables that are in season.

Many new vegans fail to buy enough produce because they aren’t used to having so many leafy greens and fruits in their kitchen. But the key here is to buy enough for the whole week.

After that go to your local supermarket and buy whole grains, nut milks and any other whole-food pantry items to substitute what you threw out. The point of this exercise is to surround yourself with fresh plant-based foods.

Then start experimenting with ingredients. If you bought a ton of pumpkin, look up some simple pumpkin curry recipes on Pinterest. What can you make with bananas or kale? Trust your instincts.

When we first became vegan, we made simple wraps, like all the time. We made a batch of hummus and used that as a spread for our salads and veggie wraps. It was a staple until we started implementing some more variety into our savory meals.

In terms of minimalism and decluttering, we learned a great tip from the guys over at theminimalists.com. Challenge yourself to pick an area in your house or apartment. Pack everything in that area into boxes. Then for the next month, only take out what you actually need to use.

After the month, throw out what you have left in your boxes. If you didn’t use them in the last month, they’re probably not essential to your lifestyle. Obviously some items are seasonal, but for the most part, you will identify a whole bunch of stuff that’s unnecessarily taking up physical and mental clutter.

Thanks again for your time, guys! Learning and growing are the most important things in life and I’m sure you opened a few doors for some people here.

Healthy and conscious living has to start with ourselves, it starts with what we consume on the inside and on the outside and with the decisions we make every single day.

Making the world a better place one bite at a time while having fun and feeling free is a great way to live. This clear decision helps to see through the clutter and builds a sustainable life for everyone.​

Are you interested in a minimalistic lifestyle? Do you find that the less ingredients you use, the better the meals become? Let us know in the comments below and go visit The Minimalist Vegan.